House for sale near Vela Luka, Korcula. This beautiful house with a sea view consists of two floors. House has two bedrooms, bathroom, kitchen, dining room, and living room. House has beautiful open sea view and it is in a really peaceful area with 25 olive trees around. There are no houses around so it is great for a holiday house or for renting. In front of the house is a garden, outdoor fireplace, and deck chairs. House also has solar panels, air conditioners, and wood stove. Vela Luka is just 3,5 km from this property.

Korcula is one of the most densely wooded islands in the Adriatic. The landscape of the island of Korcula is enriched by olive groves and vineyards which represent a traditional source of life and income for the population of the island of Korcula. Korcula is considered as the pearl of the southern Dalmatia and offers to its visitors picturesque walled old town of Korcula, magnificent coastal panoramas, dreamlike fishing villages, and stunning coves. The coast of the island of Korcula is very indented with a large number of bays and coves. Its north shore is rather low and easily accessible with several natural harbors: Korcula, Banja, Racisce, Vrbovica, Babina, and Prigradica. The island of Korčula represents a unique fusion of beautiful nature, thousands of years of cultural tradition and history, and modern tourism. Numerous beautiful beaches and bays, luxurious hotels and summer houses, centuries-old olive groves and vineyards, and ancient towns and villages on the island which seem as if they have remained lost in some long past time attract tourist from all over the world to this island. Korčula is among the most beautiful and best preserved medieval towns on the Croatian coast and in all of the Mediterranean, and is often referred to as “Little Dubrovnik”.

If you want to know more about the island of Korcula click here.

If you want to know more about buying property in Croatia click here. 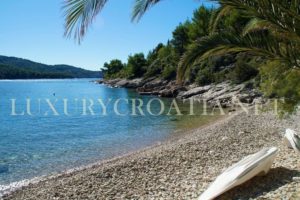