Beachfront villa for sale, Zaboric, Sibenik is a beautiful home that consists of three apartments. On the ground floor of this great villa there is the first apartment and inside you can find one bedroom and a summer kitchen. The second apartment is located on the first floor and has one bedroom. This second apartment has to offer a spacious living/dinning area on a big terrace, and a great garden for relaxing. This great garden is well decorated and when you exit from the garden you can find a beach in front of you. The garden has direct access to the beach. The third one has five bedrooms and it has a separate entrance into the apartment. This great beachfront villa for sale, Zaboric, Sibenik has parking in front and also it has a garage. This great beachfront villa is located only a few meters from the beach and it has its own mooring for a boat in front. The total surface of the land plot is 520 m2 and this great villa has a living space surface of 400 m2.

If you are not familiar with buying a property in Croatia, click here for information: Buying procedure in Croatia

Zaboric is little place near Sibenik which is a historic city located in the central part of the Croatian coast on the Adriatic sea where the beautiful river Krka flows into the Adriatic. It is a center of the county of Sibenik and Knin and it extends along the 100 km long coastline from Zadar to Split while laying under the Dinara mountain in the hinterland area. The city of Sibenik is different from other cities on the coast because it was founded by Croats and not by Greeks, Illyrians or Romans, meaning it is the oldest native Croatian city on the Adriatic. For a while, Sibenik was a seat for the Croatian king Kresimir the fourth so it is sometimes called the Kresimir’s city. Sibenik’s rich history and appearance were influenced by Venice, Byzantium, and Hungary who were tossing Sibenik around in the 11th and 12th centuries, and in the 14th century, the hinterland of Sibenik accommodated the Vlachs. 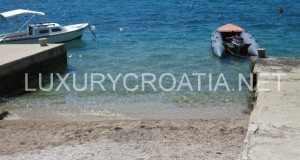 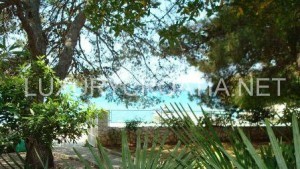