The town of Porec is located on the western coast of the famous Istrian peninsula of Croatia. It is located 30 km north of Rovinj, 20 km south of Novigrad, and not so far away from Italy either, with only 70 km from Trieste. Thus, Porec can also be a great place to base yourself and explore the whole Istrian peninsula that has so much to offer. Porec has an almost 2000 year old history, dating back to the Roman times, sheltered in a harbor and protected from the Adriatic sea by the small island of St. Nicholas. Porec is, with another city of this area, Rovinj, one of the most popular destinations for tourists in Croatia. The streets of Porec have typical roman structure, with two main streets, Decumanus Maximus and Cardo Maximus that are intersecting. One of the biggest jewels and symbols of Porec and Istria is the priceless Euphrasian Basilica, built in the 6th century ( with some of the oldest parts dating back to the 4th century), a complex whose beauty and value was recognized by UNESCO, who listed it on its World Heritage site. It has a church, a chapel, atrium, baptistery and an episcopal palace. It is located within the medieval town walls that were once a mean of defense,a place where other medieval churches, romanesque, baroque and gothic palaces, fortresses and towers sprung up. There are three towers left in Porec that were bulit in the 15th century, Pentagonal Tower, hovering at the entrance to the heart and center of the old city, the Norther Tower, located northeast from the city center and partly preserved, and the Round Tower that is very well preserved, standing next to the Public Square. The Marafor square is also interesting to see, a place where there was once a Roman forum placed, along with two temples of Neptune and Mars, whose parts are still visible today. Not far away from the Marafor Square, there is the Parliament Building that was used by the Istrian Parliament, a building that was once a Gothic Franciscan church built in the 13th and 14th centuries, and has been transformed into Baroque style in the 18th century. 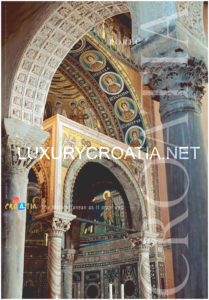 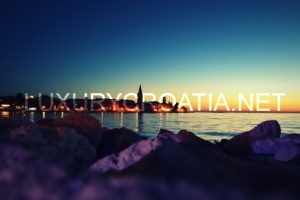 Porec’s location next to the sea also means that there is a number of beaches to choose from to enjoy the salty fresh air and clean sea, going from Cervar on the north, to the Green Lagoon on the south. Most of the beaches are pebble, but you can even find some sandy ones, and some of them have the blue flag certificate, a sign of recognition for the purity and maintaining of the beaches. There is a city beach in the center of Porec, one of the most popular ones so take care if you want to avoid the crowd, and the Brulo beach, equipped with a sports center and aquatic park. Other examples are Porto Bussola, Pical Beach and Delfin Beach, and you can even rent a boat and visit the St. Nicholas island ( the ride takes only a few minutes) and take a swim there.
There are some events to see here, such as the Porec Open Air- the Festival of Life with dance, music, theatre in the summer months, Vinistra- Istrian wine fest where you can taste some of the local vines, and concerts at the famous Euphrasian basilica. 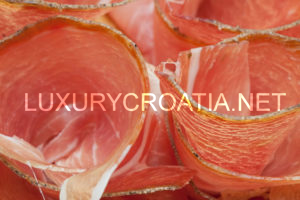 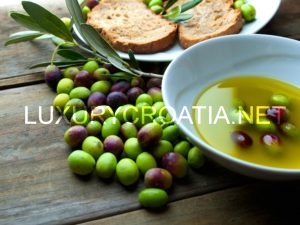 Porec has some good food specialties to offer as well. Istrian households and beekeepers have given their toll in producing a high-quality honey that are available to taste and purchase in the authentic households that produce them. The wine roads are also present in Porec, and the grape vines have been cultivated in the entire Istrian region for years back, just as important as the tradition of olives, which create what Porec likes to call their liquid gold, homemade olive oil. Some traditional meals to try are “maneštra” ( soup made of various vegetables and meat), pasta or gnocci served with a gravy sauce made of chicken or beef called “žgvacet”. Prosciutto from Istria is something you will be offered in Porec for sure, and other meat specialties such as sausages or ombolo. So many things to see and enjoy, don’t miss out on Porec. 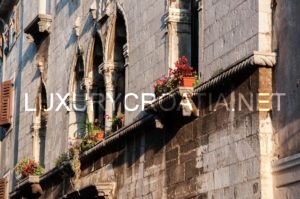 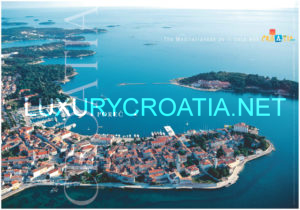 If you would like to buy a Villa in Porec,can find it here: Villa for sale in Porec